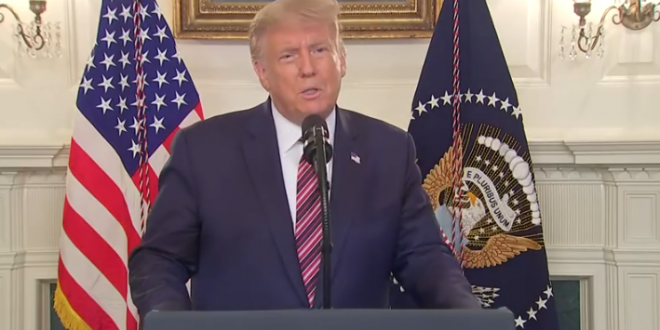 White House Chief of Staff Mark Meadows ended the “Will he? Won’t he?” intrigue surrounding President Donald Trump’s possible in-person appearance at the U.N., telling reporters aboard Air Force One Thursday night that the president will not go to New York next week to give his speech to the assembly.

Diplomats are even more reticent than usual when asked about their expectations for Trump next week — a sign of how nervous they are that the U.S. president will ruin what’s left of a long-planned U.N. 75th anniversary commemoration.

Richard Gowan, U.N. Director at the International Crisis Group, told POLITICO that if Trump delivers his remarks are via pre-recorded video, they could carry more weight, especially if the president threatens to cut funds to the U.N. the same way he pulled the U.S. out of WHO, the U.N.’s health arm, earlier this year.

No foreign leaders will attend the General Assembly due to the 14-day quarantine requirement in NYC. Each delegation will instead send one representative from their NYC consulates.