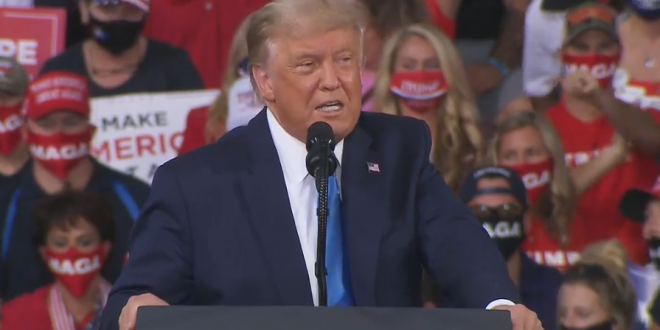 President Trump on Thursday pledged to send $200 prescription drug coupons to 33 million Medicare beneficiaries “in the coming weeks,” a political ploy to curry favor with seniors who view drug prices as a priority.

The administration is getting its authority to ship the coupons from a Medicare demonstration program, a White House spokesman told STAT in a statement. The nearly $7 billion required to send the coupons, he said, would come from savings from Trump’s “most favored nations” drug pricing proposal.

That regulation has also not yet been implemented — meaning the Trump administration is effectively pledging to spend $6.6 billion in savings that do not currently exist. The cards, he said, would be “actual discount cards for prescription drug copays.”

Don’t know who needs to hear this, but the Constitution is very explicit that the congress has the authority to raise & spend money: President Trump cannot legally just spend $7 billion of OUR money to entice 33 million seniors with a $200 check to vote for him.

President @realDonaldTrump: 33 million Medicare beneficiaries will receive $200 cards in the next few weeks to spend on prescription drugs pic.twitter.com/WzFcy5c0vl

Trump says Americans with Medicare will be sent $200 discount cards for prescription drugs ahead of the November election https://t.co/HaPNXgL7T6

Soon, 33 MILLION Medicare beneficiaries will receive a card in the mail containing $200 they can use towards prescription drug costs.

The Trump Administration is pledging to borrow almost $7b in potential future savings from a program that does not yet exist to send $200 prescription drug discount cards to some Medicare beneficiaries “in the coming weeks.” https://t.co/Qxk0Jset70