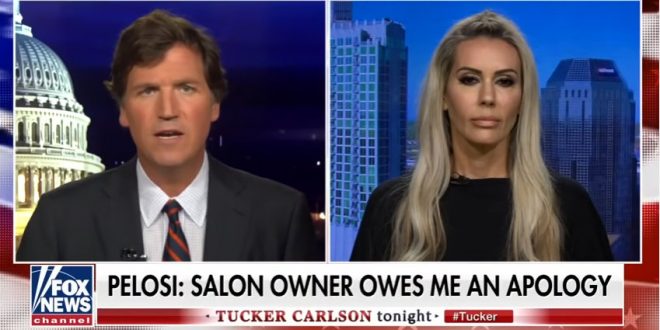 A fundraising page for the owner of a San Francisco hair salon at the center of controversy regarding an appointment by House Speaker Nancy Pelosi has raised over $200,000.

Erica Kious, owner of eSalon, has been forced to deny claims of a setup after she released surveillance footage showing Pelosi getting her hair done at her Cow Hollow salon on Monday.

As I reported earlier this week, Pelosi’s hairdresser revealed in a lengthy statement that the salon had been operating illegally for months and that the owner herself approved of the appointment after ranting about Pelosi. She then ran to Tucker Carlson, where her lies got a fawning reception.

Owner of Salon Visited by Pelosi Raises over $220,000 on GoFundMe https://t.co/jKoSRtvLBG via @BreitbartNews. Great!!!