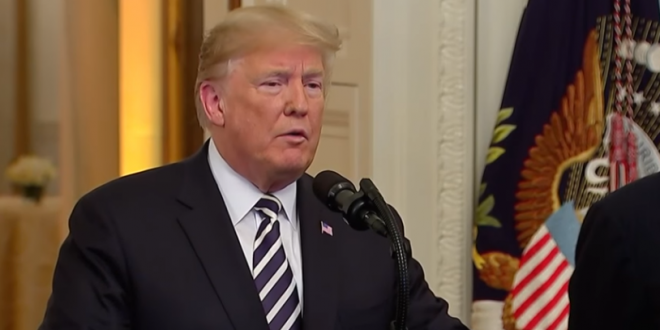 Trump May Spend $100M Of Own Money On Campaign

President Donald Trump has discussed spending as much as $100 million of his own money on his re-election campaign, if necessary, to beat Democratic nominee Joe Biden, according to people familiar with the matter.

The billionaire president has talked about the idea with multiple people, though he hasn’t yet committed to any self-funding, according to people briefed on internal deliberations.

Though Trump personally contributed $66 million to his 2016 campaign, it would be unprecedented for an incumbent president to put his own money toward winning a second term.

Yesterday it was reported that the Trump campaign is experiencing a cash crunch due to wild spending that didn’t move the needle in the polls.