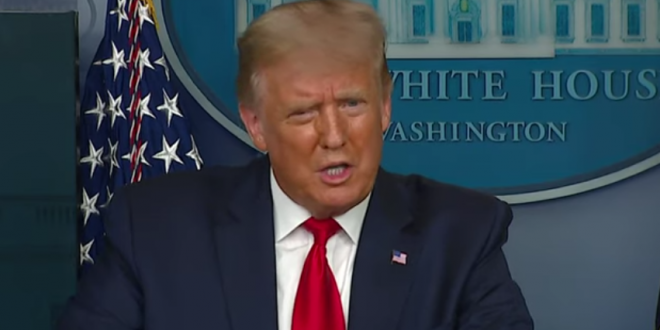 Trump Lists Six Fox Shows He Watched In One Day

President Donald Trump explained how much Fox coverage impacts his thinking during a Friday afternoon press conference. “You know, you have people — I watch some of the shows,” Trump said, before listing nine hours of shows on Fox networks that he has watched in the last 24 hours.

Between epic Fox watching and his Twitter rages, I honestly don’t know how he finds the time to golf. https://t.co/bKimNmH54H

No wonder he hasn’t done anything to get the virus under control or negotiate for more COVID relief. pic.twitter.com/8lvOYFMWJV

Trump is citing Hannity, Tucker Carlson, Laura Ingraham, and Fox & Friends as proof that Obama spied on him. For real.