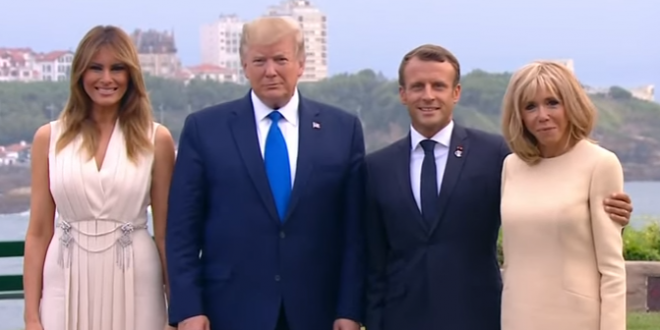 Trump: I “Called Home” To Melania To Express Regret At Missing WWI Ceremony (But She Was There With Him)

Trump told reporters yesterday that he “called home” to Melania Trump at the time and told her how upset he was for not being able to visit the cemetery. At the time, the White House said he was unable to attend and had to cancel the visit because of bad weather.

Trump claims he “called home, I spoke to my wife and I said ‘I hate this. I came here to go to that ceremony.’ And to the one that was the following day which I did go to. I said I feel terribly. And that was the end of it.”

Facts First: Melania Trump was on the same trip with the President and was scheduled to attend the cemetery visit. She was not in the US.

Read the full article. Trump actually spent that afternoon watching television at the US ambassador’s residence.