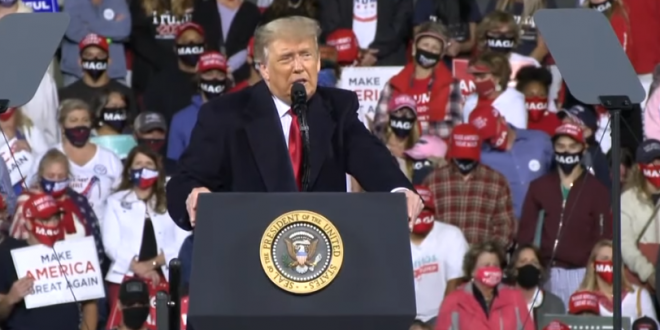 “Fill the seat” seemed to be the theme of President Donald Trump’s 14th visit to North Carolina on Saturday evening at the Fayetteville Regional Airport. At the rally, he was joined, notably, by Lt. Gov. Dan Forest and Sen. Thom Tillis.

During the rally, Trump promised to crowds that he will likely nominate a woman to fill the void left behind by Justice Ginsburg in the Supreme Court sometime next week. “It will be a woman. A very talented, very brilliant woman. Who I haven’t chosen yet, but we have numerous women on the list,” Trump said.

The patriots in North Carolina made it clear: “FILL THAT SEAT”

Show your support for President Trump!

THESE WILL GO FAST. DO NOT WAIT!