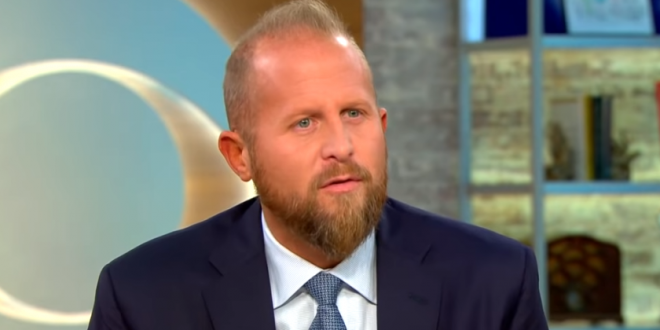 President Donald Trump’s campaign still won’t clarify the status of its erstwhile campaign manager Brad Parscale, who was taken into custody by police outside of his Florida home over the weekend. But the campaign is quietly purging its website of Parscale’s visage.

Since Tuesday, the campaign has removed a video of Parscale from the homepage of its “Army for Trump” election monitoring operation. It also deleted a page on the main campaign website featuring a video of Parscale and Lara Trump, the president’s daughter-in-law and senior campaign adviser.

The video of their discussion, billed as a Q&A on the state of the campaign, has also been removed from YouTube. One Trump campaign page discussing the event with Lara Trump remained online as of Wednesday morning. After The Daily Beast flagged it in a comment request sent to the campaign, that page was removed as well.