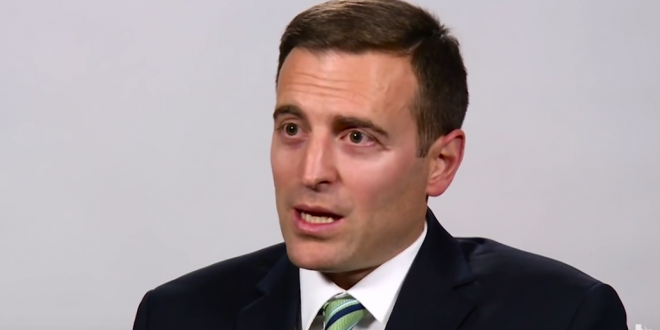 Trump’s “Keep America Great” rallies scheduled for this weekend in Nevada have been canceled, according to the co-chairman of the president’s campaign in the state. Trump was scheduled to rally supporters in Reno on Saturday and Las Vegas on Sunday.

The Las Vegas Review-Journal cited a person with knowledge of the situation as saying that the rallies were canceled because of coronavirus restrictions imposed by Nevada Gov. Steve Sisolak (D). The newspaper said it was not immediately clear whether Trump would go ahead with a scheduled fundraiser in the state.

The first tweet below is from Trump’s Nevada chairman [photo], who lost the gubernatorial race in 2018 after a stint as state attorney general. After the Las Vegas massacre, he famously declared it was the “wrong time to talk about guns.”

Outrageous! @realDonaldTrump rally venues in NV canceled. Welcome to Sisolak’s Nevada – home of partisan political retribution. This is unprecedented – to cancel an incumbent President’s campaign stop inside 60 days of a major contested election in a swing state. This isn’t over!

The Governor’s Office had no involvement or communication with the event organizers or potential hosts regarding the proposed campaign events advertised by the Trump campaign.

Current statewide emergency directives include mandatory face coverings, limitations on public and private gatherings to no more than 50 people, and other measures to mitigate the spread of COVID-19.