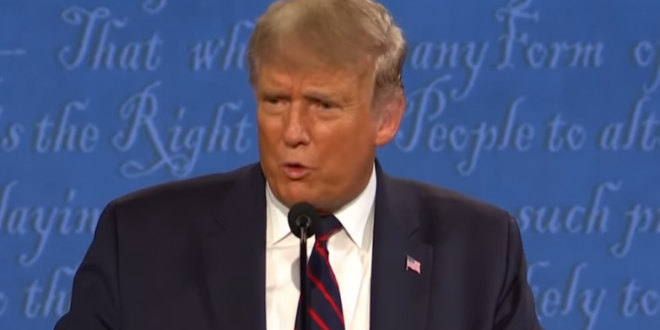 It was easily the worst and most rancorous presidential debate in history. But it still left the country with its starkest election choice in many generations. Americans will need to decide if they want four more years of the fury, insults, chaos and self-absorption served up to millions of viewers by Donald Trump. If they will embrace a President with authoritarian reflexes who again said he may not accept the result of a democratic election. Or they may pick the other guy.

The President bulldozed into Tuesday’s debate seeking to blow his Democratic rival Joe Biden away with a torrent of attacks — and for a while it looked like he might. He turned the event in Cleveland into an off-the-rails 90-minute metaphor for his presidency — breaking all the rules, trying to bully Biden and overwhelming moderator Chris Wallace of Fox News, flinging lie after lie, while behaving like an agitated real life version of his wild and trolling Twitter feed.

CNN’s Jake Tapper: “That was a hot mess, inside a dumpster fire, inside a train wreck.”

CNN’s Dana Bash: “That was a shitshow.”

CNN’s Abby Phillip: “It was a complete disaster.”pic.twitter.com/t1y1fTiK6b

You heard a lot come out of President Trump’s mouth. Can you name one thing he said to actually make your life better?

And Trump interrupts him.

Trump is very used to just shushing reporters and yammering over their questions. He’s doing it again tonight and Chris Wallace is utterly impotent to stop him.