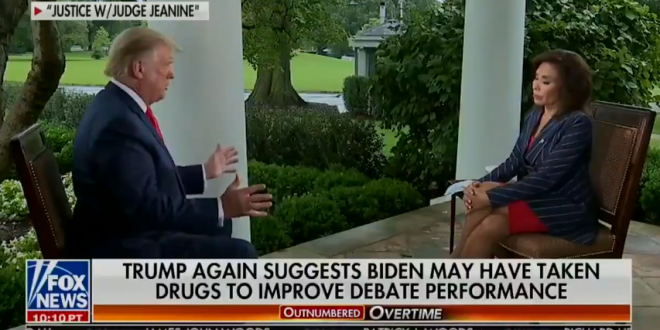 Trump Again Accuses Biden Of Being On Drugs [VIDEO]

President Trump has thrown out one of his most absurd explanations for opponent Joe Biden going from “so bad” in presidential debates to leading Trump in most election polls. It’s because Biden is on performance-enhancing drugs, apparently.

“There’s probably, possibly, drugs involved,” Trump told Judge Jeanine Pirro on Fox News, with absolutely zero evidence. “That’s what I hear.” Pirro nodded along as he continued, “How is it possible that he can even go forward?”