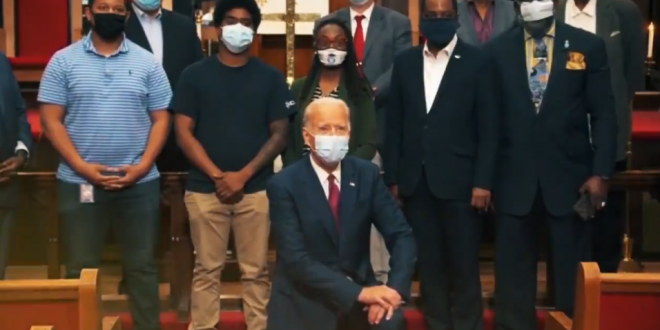 Trump Ad: “You Won’t Be Safe In Joe Biden’s America”

But the ad, titled “Meet Joe Biden’s Supporters,” ends not with an image of violence, but with slow-motion footage of former Vice President Biden kneeling in a Black church in front of a row of Black leaders. A moment later, words appear on the screen reading “stop Joe Biden and his rioters” as Mike Pence declares “you won’t be safe in Joe Biden’s America.”

Asked whether the ad meant to suggest there was something unsafe about Black churches or meeting with Black leaders in a church, Trump campaign deputy national press secretary Samantha Zager replied, “That’s absurd and it’s shameful to even make the allegation.”