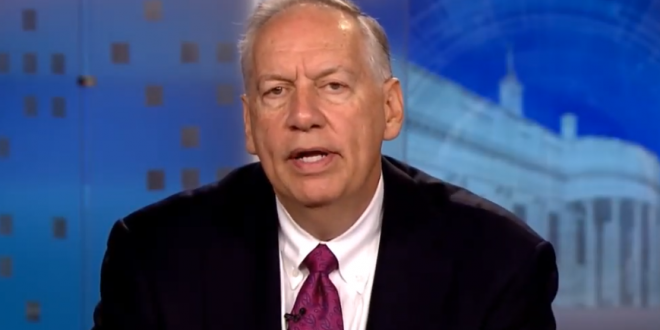 Ralph Drollinger, who teaches members of Trump’s ​Cabinet and members of Congress that the Bible requires Christian officeholders to support right-wing policies, will announce during this weekend’s “The Return” rally the launch of a new Bible study for subcabinet officials in the Trump administration, the right-wing Epoch Times reported this week. According to the report, six “high-ranking Trump administration officials” met last week for the first time.

Right Wing Watch has reported extensively on Drollinger and his Capitol Ministries​, which has ambitious goals to have “ministries” at all levels of government in the U.S. and in every foreign capital​. These ministries, which are already in at least 32 state capitals and 24 foreign capitals, proselytize and “disciple” public officials to Drollinger’s interpretation of the Bible and the duties of public officials.