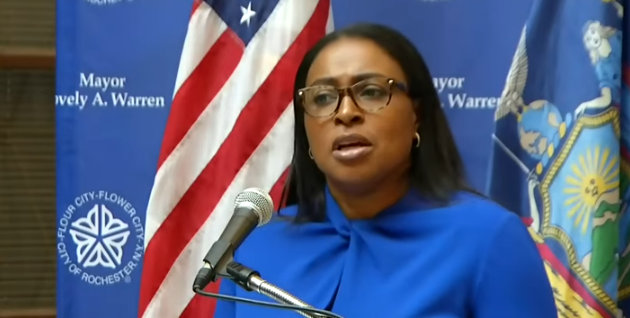 Rochester Mayor Lovely Warren announced Thursday that the officers involved in the death of Daniel Prude have been suspended.

In total, seven Rochester police officers are suspended with pay, including three that were named in a police report obtained by the attorney representing Prude’s family: Officers Mark Vaughn, Troy Taladay, and Fransisco Santiago.

Prude, a 41-year-old Black man from Chicago, died after an encounter with Rochester police back in March, but news of the incident just came to light Wednesday, and now the case is being investigated by the New York State Attorney General’s Office.