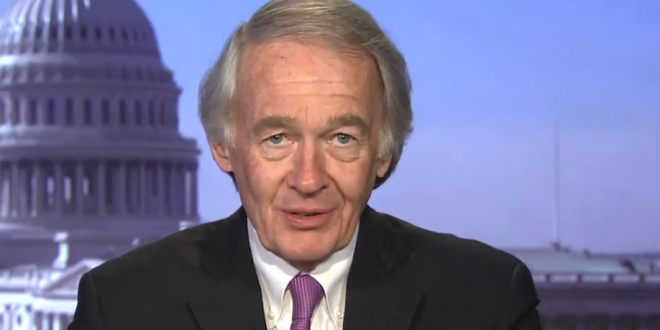 Rep. Joe Kennedy III fell short in his bid to unseat incumbent Massachusetts Sen. Ed Markey on Tuesday, ending a fractious Democratic primary by becoming the first member of the Kennedy family to lose an election in the state.

Kennedy, 39, attempted to portray himself as the change candidate against the 74-year-old Markey, who has only held the Senate seat since 2013 but began representing Massachusetts in the House in 1976.

Markey surged with the help of grassroots energy and youthful support, boosted by an endorsement from Rep. Alexandria Ocasio-Cortez, his ally on the Green New Deal.

Breaking: Sen. Ed Markey has defeated Rep. Joe Kennedy in the Democratic Senate primary in Massachusetts, notching a big win for progressives who made Markey’s campaign a national cause this summer https://t.co/avajRV4tjc pic.twitter.com/pNA9ejF4dH

I supported Ed Markey, but I do think Joe Kennedy is a great guy. His loud public support of trans rights has been deeply meaningful for me. He’s got a good heart and a bright future in Democratic politics. He’ll be back. This just wasn’t a race he should have entered.

Rep. Joe Kennedy III conceded — becoming the first member of the legendary Massachusetts political dynasty to lose an election in the state.https://t.co/s7FkH819Yx

Joseph Kennedy III has conceded to Edward Markey in the bruising Democratic Senate primary, dealing an unprecedented defeat to a Kennedy in Massachusetts https://t.co/09uq0HbZvx