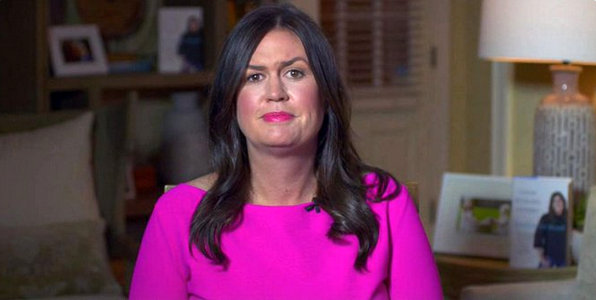 “It’s really simple,” Sanders said. “I think mine is actually the honest account. You’re looking at people who have left as disgruntled employees, people who have tried to push their own agenda.” Sanders said she was present on the day Trump reportedly called fallen service members “losers” and “suckers” and that “those comments didn’t happen.

EXCLUSIVE: Former White House press secretary Sarah Huckabee Sanders told @GMA her former colleagues who have criticized Pres. Trump after leaving their positions were “disgruntled employees” who “have tried to push their own agenda.” https://t.co/58nnKCZqYX

Sarah Sanders admitted to the FBI that she lied to the public when she was White House deputy press secretary. https://t.co/rq0Kw4uIRl