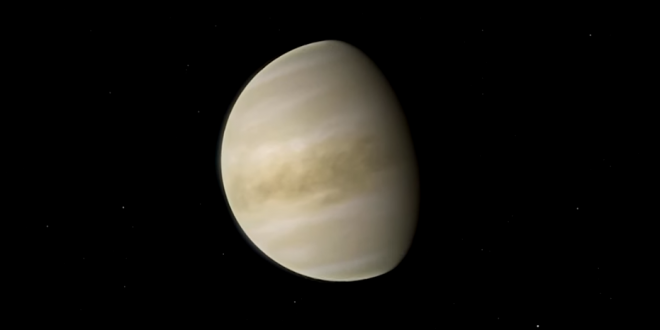 If there is life on Venus, it might want to start learning Russian. The boss of Russia’s government space agency has claimed it as a “Russian planet.” The bold territorial claim comes on the heels of scientific research suggesting life could exist on Earth’s celestial neighbor, the second planet from the sun.

Roscosmos chief Dmitry Rogozin, who’s known for espousing unconventional scientific views — and for frequently sarcastic anti-Western rhetoric — said this week that Russia wants to send its own mission to Venus, in addition to an already-proposed joint venture with the United States called “Venera-D.”

“We think that Venus is a Russian planet, so we shouldn’t lag behind,” Rogozin, a former deputy prime minister, told reporters on Tuesday. He noted that the Soviet Union was “the first and the only one” to land a spacecraft on Venus.

Venus is a “Russian planet,” the head of Russia’s state space agency said Tuesday following new research that suggests there could be life on the second planet from the sun https://t.co/jKudtxWlsf