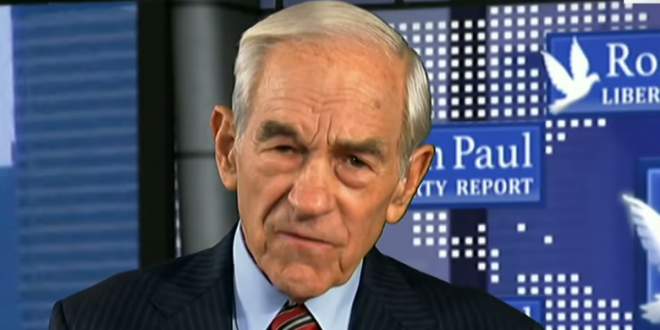 Former Texas Rep. Ron Paul has been hospitalized for “precautionary” reasons after he appeared to suffer a stroke during a live episode of his political show Liberty Report.

Paul, an 85-year-old former obstetrician who twice ran for president as a Republican, was in the middle of a conversation on his show on Friday when he began to slur words as a guest watched.

Fox News congressional reporter Chad Pergram reported that Paul, the father of Kentucky Sen. Rand Paul, was hospitalized for “precautionary” reasons on Friday afternoon. A flood of well-wishers commented on Twitter, including Kentucky Rep. Thomas Massie, who asked his followers to pray for the anti-war icon.

The video is out there if you must. It’s quite disturbing.

Please pray for Ron Paul. It appears a medical issue may have just happened during his show.