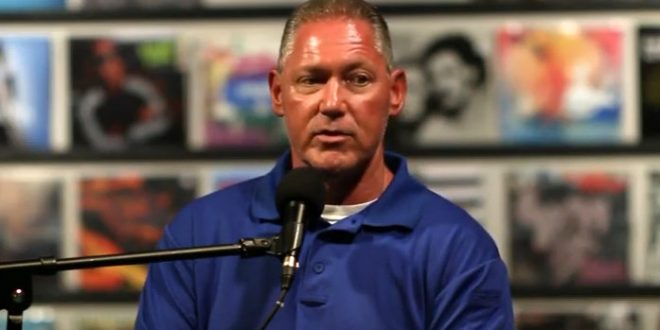 A Texas assistant attorney general sent dozens of tweets over the past several months threatening violence against progressives, spouting racist and transphobic rhetoric, casting doubt over the seriousness of the coronavirus pandemic and sharing QAnon conspiracy theories.

On Thursday, he lost his job with the state agency. Nick Moutos, whose racist tweets were reported Thursday morning by Media Matters, threatened Black Lives Matter protesters and has regularly referred to the organizers as “terrorists.” He called Islam a “virus” and trans people an “abomination.”

Earlier this year, Moutos lost the GOP primary for a US House seat. He worked for Texas AG Ken Paxton since 2017.

How is it “Bigoted” to say that #LGBTQ is an #Abomination? #JohnsHopkins psychiatrist #PaulMcHugh stated so & the DSM-V gives it a diagnostic code. #God in the #Torah & #Jesus in the New Testament call it a #Sin & abomination. I don’t hate them, but cannot condone the behavior.

I oppose the #Censorship of #FreeSpeech & #Purging of QAnon followers & supporters. Q does not support violence. I support #2A & promote #SelfDefense. I have warned terrorists to stay away & will defend myself & my family. How is fighting #ChildTrafficking & #Pedophilia bad? https://t.co/uiGcSWBmOV pic.twitter.com/W2Vj2QTwz1

Speaking out against the #ChinaVirus #Plandemic & #Democrats using it to steal #Election2020 makes people angry. Stories slamming me & others in #Salon #MensHealth #AlterNet were enough to cost me my job. https://t.co/9djkytjxbjhttps://t.co/qBp9VpUbkehttps://t.co/DZw7hfi9iE

Previous QAnon/GOP House Candidate Posts Image Of Herself Holding Assault Weapon Next To Dem “Squad” Members
Next Quinnipiac: Biden +8 In Pennsylvania, +3 In Florida