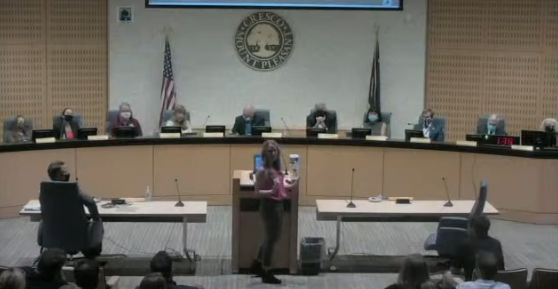 For many, it seemed the logical and proper thing to do: extend for two months a policy requiring people to wear face masks in certain public places. But others opposed Mount Pleasant’s mask ordinance, arguing that people were wearing masks anyway, that expert opinion on their effectiveness in limiting COVID contagion is questionable, and that the government should not impose rules on free citizens.

Opponents argued that the ordinance was an example of government overreach and an infringement on civil liberties; part of a “leftist political agenda”; and a result of unproven science. A few suggested the ordinance would encourage pedophilia and sex trafficking. One woman, a survivor of abuse, said her trauma prevented her from wearing a mask. Another cited her medical condition as a reason to avoid wearing a mask.

All the information is coming out. What we’re learning, we the people, is that pedophiles are specifically picked for government positions. That means mayors, governors, senators, town councilmen.

And you y’all wanna know why? I’ll tell you why. Because they are the easiest to manipulate, to blackmail, and to honeytrap.

And if you y’all don’t know what a honeytrapping is guys, go look it up. It’s sick. It’s sick and it involves children. Little children. And sometimes babies.

So with that being said, the question we have, we the people, is this. Are y’all pedophiles? Because we all know that masking the population allows the predator to have an advantage.

So you’re done. We are awake. The lion is awake and you are going to hear us roar. Go ahead and tell your buddies. We’re looking into them too. And we have questions for them.

Watch below at 32:30. As you’d surely guess, LeRay’s Facebook page is full of QAnon batshittery.

Previous Trump To Woodward: I Get Along Better With Dictators
Next Andrew Gillum Comes Out As Bisexual [VIDEO]