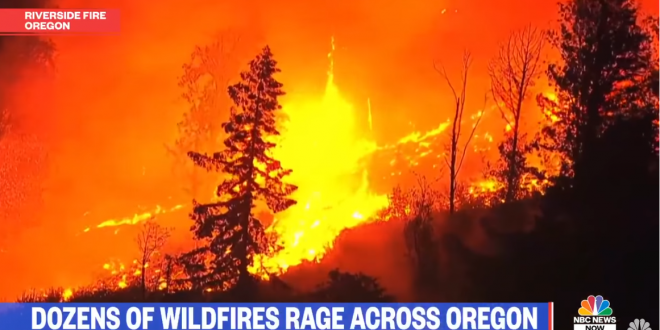 Authorities in Oregon are pleading with the public to only trust and share information verified by official sources about the unprecedented wildfires sweeping the state. The pleas come as law enforcement agencies described 911 dispatchers being overrun with calls about a false online rumor that “Antifa” members had been arrested for setting the fires — a claim promoted by the anonymous account behind the QAnon conspiracy theories.

The incident highlights how online conspiracy theories, a sustained right-wing campaign to create increased fear of anti-fascist groups, and amplification of false claims by QAnon followers, have real consequences. That specific claim had been amplified by “Q” — the anonymous person or people behind QAnon — only 12 hours earlier.

“Rumors spread just like wildfire,” the Douglas County Sheriff’s Office warned in a Facebook post Thursday, adding that staff had been “overrun with requests for information and inquiries on an UNTRUE rumor that 6 Antifa members have been arrested for setting fires” in the area.