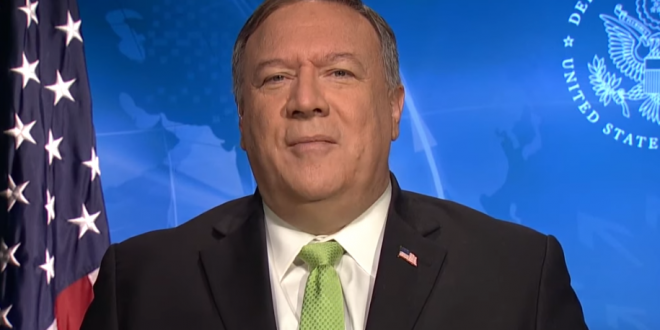 Secretary of State Mike Pompeo is slated to keynote a gala event for a conservative Christian organization in Florida — an appearance that comes a month before Election Day and may violate legal and ethical guidelines. Not only is the top US diplomat advertised as the featured guest at the Florida Family Policy Council’s 15th Anniversary Gala on October 3, a “personal visit with Secretary of State Mike Pompeo” is included with a $10,000 table sponsorship.

Tickets to a VIP reception featuring Pompeo are included in $5,000 and $3,000 table sponsorships and $500 VIP tickets, according to the organization. This could be a breach of federal regulations, according to Don Fox, former acting director and general counsel for the US Office of Government Ethics (OGE). FFPC says it “is one of 38 state-based policy councils around the country associated with Focus on the Family, Alliance Defending Freedom and Family Research Council.”

Pompeo is speaking on the invitation of FPPC president John Stemberger, who once famously said that it was “worth dying” to stop same-sex marriage. Earlier this month Gov. Ron DeSantis appointed one of Stemberger’s proteges to the Florida Supreme Court. His group is separate from the Florida Family Association, which is best known here for flying anti-gay banners over Disney World during the annual Gay Days events.