POLL: International Regard For US Craters Under Trump

Since Donald Trump took office as president, the image of the United States has suffered across many regions of the globe. As a new 13-nation Pew Research Center survey illustrates, America’s reputation has declined further over the past year among many key allies and partners. In several countries, the share of the public with a favorable view of the U.S. is as low as it has been at any point since the Center began polling on this topic nearly two decades ago.

For instance, just 41% in the United Kingdom express a favorable opinion of the U.S., the lowest percentage registered in any Pew Research Center survey there. In France, only 31% see the U.S. positively, matching the grim ratings from March 2003, at the height of U.S.-France tensions over the Iraq War. Germans give the U.S. particularly low marks on the survey: 26% rate the U.S. favorably, similar to the 25% in the same March 2003 poll. 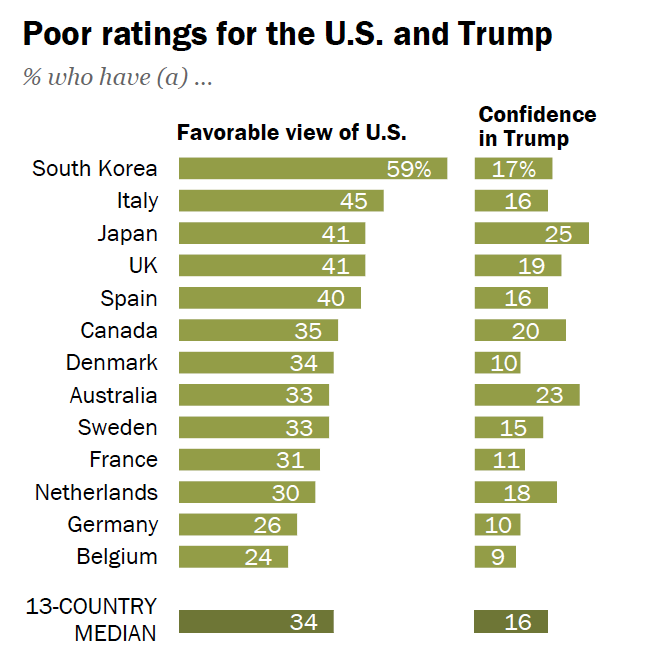