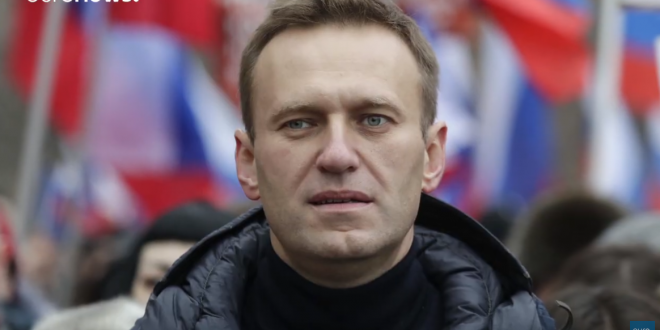 The nerve agent used to poison Russian opposition leader Alexei Navalny was detected on an empty water bottle from his hotel room in the Siberian city of Tomsk, suggesting he was poisoned there and not at the airport as first thought, his team said on Thursday.

Navalny fell violently ill on a flight in Russia last month and was airlifted to Berlin for treatment. Laboratories in Germany, France and Sweden have established he was poisoned by a Novichok nerve agent, a poison developed by the Soviet military, though Russia denies this and says it has seen no evidence.

Woah – so the operation to poison Alexey @navalny took place inside his Siberian hotel room, not at Tomsk airport. Someone, it seems, put #novichok in the water bottle found next to Navalny’s bed. His aides bagged it up as evidence and sent to Germany https://t.co/QYssduXHrN

The discovery suggests that Navalny was poisoned before he left the hotel and not at the airport, where they initially suspected he might have ingested the poison through a cup of tea. https://t.co/kgJFd7tQKQ

Russian opposition politician Alexey Navalny fell critically ill after drinking from a poisoned bottle of water in his hotel room in Siberia, his team has claimed, in a video posted on Instagram https://t.co/9PdBuxGz52

The toxic nerve agent Novichok was detected on a water bottle that Aleksei Navalny’s aides recovered from his hotel room, according to a video posted to his Instagram account. https://t.co/7bk3eYCfSU