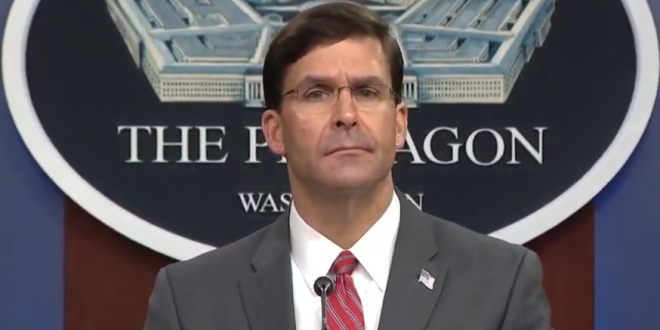 Even for those of us who are all too wearily familiar with President Donald Trump’s disdain for journalists, his administration’s latest attack on the free press is a bit of a jaw-dropper.

In a heretofore unpublicized memo, the Pentagon delivered an order to shutter the Stars and Stripes, a newspaper that has been a lifeline and a voice for American troops since the Civil War.

The memo orders the publisher of the news organization (which now publishes online as well as in print) to present a plan that “dissolves the Stars and Stripes” by Sept. 15 including “specific timeline for vacating government owned/leased space worldwide.”

My dad was career military, serving 28 yrs. As a family, we were transferred 10 times, including four overseas posts. One constant in that life was Stars & Stripes, the US military’s “hometown newspaper.” Now the Trump administration is trying to kill it. https://t.co/dgkFNAWf6b

You can practically fund Stars & Stripes for the same cost as a desk in the Pentagon.https://t.co/1Bm0wAuddG

Shutting down Stars and Stripes “would have a significantly negative impact on military families,” the senators’ letter reads, highlighting the news organization’s unique reporting on issues including the Defense Department’s school system. https://t.co/RssPEzqgag

Previous Labor Dept: 1.4 Million Returned To Work In August
Next Knights Of Columbus To Fast And Pray Against Racism