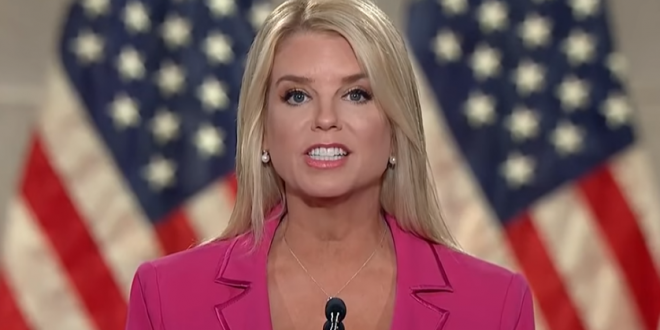 Bondi appeared on Sean Hannity’s Fox News show to discuss new video footage released by Rittenhouse’s attorney which paints the suspect in a favorable light and suggests his actions were justified in the “war zone” which had broken out in Kenosha in the wake of the police shooting of Jacob Blake.

“You have got a 17-year-old out there trying to protect his state,” Bondi said, despite the fact the teenager traveled from his hometown in Antioch, Illinois, to attend the protests on August 25.

He crossed state lines and murdered two people on purpose with the guns he carried illegally to unleash the violence he sought. https://t.co/pX9srqgSAF