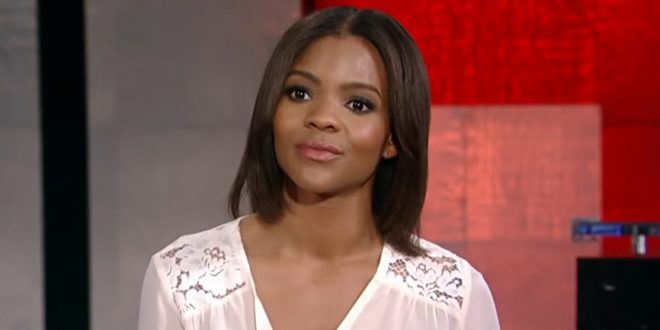 Owens: Amazon Workers Are “Stomping On My Book”

Conservative author Candace Owens claimed Saturday that around 1,000 people have written to her saying that copies of her book “Blackout” are getting stomped on, apparently by Amazon employees, before they are shipped out.

She also alleged a smear campaign — including a picture of a book copy that she said was rubbed with Vaseline before it was sent.

Owens, 31, supports President Trump and has pushed to grow the Black conservative movement. Her book is subtitled: “How Black America Can Make its Second Escape from the Democratic Plantation.”

Dear @amazon. About 1,000 people have written to let me know that your employees appear to be stomping on and in this case, smearing Vaseline on my books before mailing them. I know it must have pained you to ship out all 90,000 copies you had in stock— but this is unacceptable. pic.twitter.com/ADwXmhJDn5

This is dreadful.. I hope a million people buy your book and I hope the @amazon employees are fired.. shouldn’t be that HARD to find out who did this ..if @Amazon tries https://t.co/A8pKTQAgd0