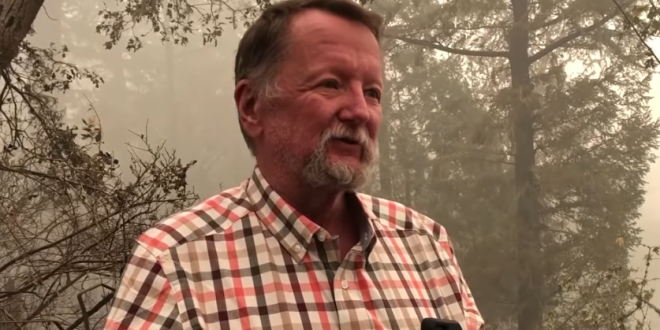 Oregon Republican state senator Fred Girod was one of 11 Republicans who made headlines when they walked out of the senate –  even leaving the state – so that a quorum could not be achieved for a climate change bill. Now with wildfires raging in Oregon, climate change has come to Girod’s doorstep. Literally.

“Fred Girod stood near the edge of a steep drop between what remained of his house and the Santiam River, grasping the destruction days after the Beachie Creek wildfire destroyed homes and businesses along the canyon.The walls of the one-story home had collapsed, leaving columns and a chimney that rose out of the rubble.”