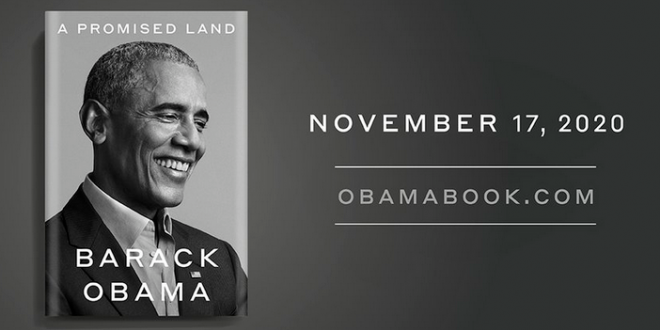 Former President Obama’s memoir will be published in two volumes — with a 768-page Volume 1, “A Promised Land,” out Nov. 17 in 25 languages, publisher Penguin Random House announced Thursday. The long wait for the book has been a running joke with former Obama aides, but they tell Axios it’s worth the wait. Obama is a graceful, thoughtful writer who cares about the words — and has two previous bestsellers, “Dreams from My Father” and “The Audacity of Hope.”

Wow. Three million copies.
“To accommodate such an enormous order, Crown plans to print about 1 million of those books in Germany and has arranged for three ships, outfitted with 112 shipping containers, to bring those copies to the United States.” https://t.co/YmnWHMi45g

There’s no feeling like finishing a book, and I’m proud of this one. In A Promised Land, I try to provide an honest accounting of my presidency, the forces we grapple with as a nation, and how we can heal our divisions and make democracy work for everybody. pic.twitter.com/T1QSZVDvOm