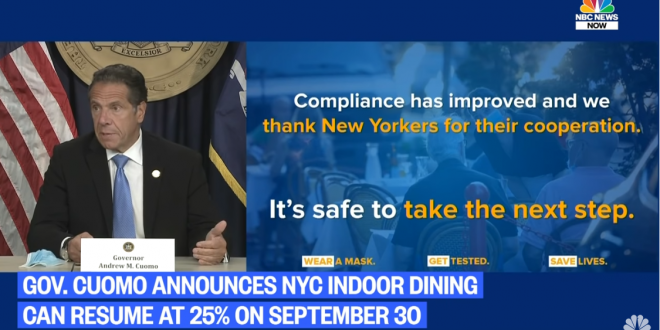 From its chandelier-lit temples of fine dining to greasy spoons open 24/7, New York is a city with more than 25,000 restaurants. Every year they draw millions of locals and tourists from around the world – and nobody has been allowed to eat inside of one for six months.

That all changes on Wednesday, when restaurants can seat customers inside at 25% capacity, the latest relaxation in the quarantine rules imposed on New York after the coronavirus struck.

Many restaurants have not survived the tumult. At least 1,796 restaurants permanently closed in the New York-Newark-New Jersey metropolitan area between 1 March and 31 August, according to research by Yelp. This includes about 500 since early July.

The foodie site Eater New York has polled its readers and as you can see below, the majority are not entirely confident it will be safe. 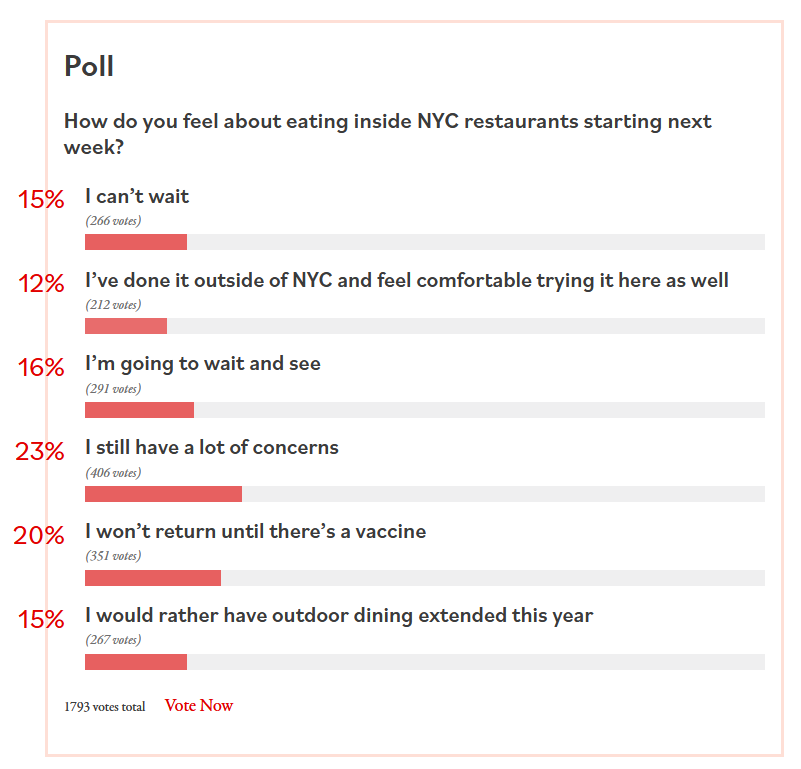