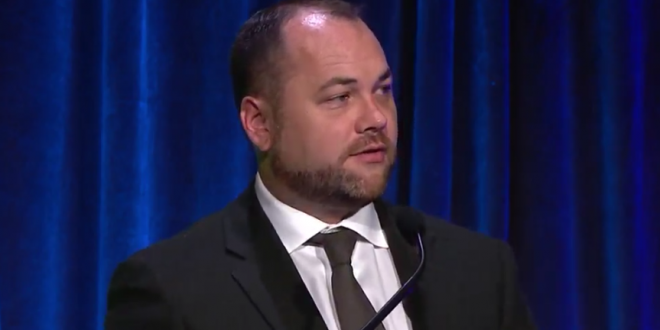 Corey Johnson, the New York City Council speaker and a presumed front-runner in the 2021 contest to replace Mayor Bill de Blasio, withdrew from the race on Thursday. Mr. Johnson, who was expected to announce his decision on Thursday afternoon, had been grappling for weeks about whether to continue his candidacy.

“I have made the difficult decision not to run,” Mr. Johnson said in a statement. “This challenging time has led me to rethink how I can best be of service to this city, and I have come to the conclusion that this is not the right path for me.”

Mr. Johnson, 38, is prevented from seeking a third consecutive term on the City Council because of term-limit laws. He has not ruled out a future run for another office such as Congress. “I want to be clear that my decision to end this campaign is not the end of my public life,” Mr. Johnson said in his statement.

Read the full article. De Blasio will also be term-limited out of office next year. If he had run and been elected, Johnson would have arguably become the nation’s most prominent openly gay elected official.