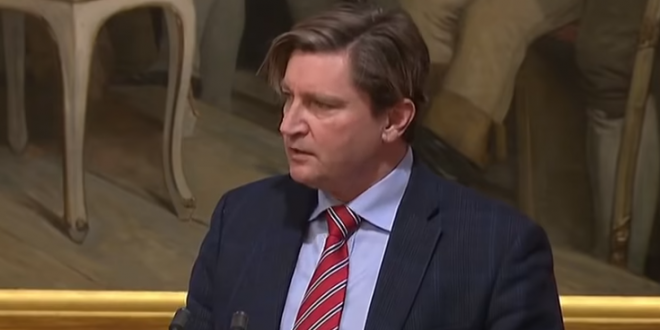 Christian Tybring-Gjedde, a right-wing member of the Norwegian parliament, has nominated Donald Trump for the 2021 Nobel Peace Prize for his role in brokering a peace deal between Israel and the United Arab Emirates.

“For his merit, I think he has done more trying to create peace between nations than most other Peace Prize nominees,” Tybring-Gjedde told Fox News on Wednesday.

Tybring-Gjedde praised Trump for withdrawing a large number of troops from the Middle East. “Indeed, Trump has broken a 39-year-old streak of American Presidents either starting a war or bringing the United States into an international armed conflict. The last president to avoid doing so was Peace Prize laureate Jimmy Carter,” he wrote.

This is not Trump’s first such nomination, as Tybring-Gjedde submitted one along with another Norwegian official in 2018 following the U.S. president’s Singapore summit with Kim Jong Un. Japan’s prime minister reportedly did the same. Trump did not win.

The Nobel Peace Prize recipient is determined by a five-person Nobel Committee, which is appointed by the Norwegian Parliament. The winner of the Peace Prize for 2021 will not be announced until October of next year.

Per his Wikipedia entry, Tybring-Gjedde has been called a Norwegian version of Dutch racist Geert Wilders. He opposes immigration and has called for Norway to leave the European Union. His Progress Party holds 26 out of 169 seats in Parliament.