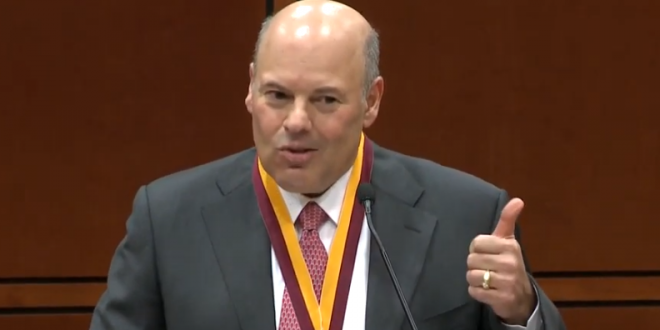 Louis DeJoy, the Postmaster General, reportedly engaged in what is known as a straw-donor scheme back when he was chief executive of the company of New Breed Logistics. That news is on the radar of the attorney general of North Carolina, where DeJoy was based.

AG Josh Stein, a Democrat, declined to speak directly to the substance of the claims against DeJoy, a prominent GOP donor. He only acknowledged the story, and said that it is illegal to reimburse someone for a political contribution.

My statement on today’s @washingtonpost story “Louis DeJoy’s rise as GOP fundraiser was powered by contributions from co. workers who were later reimbursed, former employees say”:

It is against the law to directly or indirectly reimburse someone for a political contribution.1/2

Any credible allegations of such actions merit investigation by the appropriate state and federal authorities. Beyond this, it would be inappropriate for me as Attorney General to comment on any specific matter at this time. 2/2

Lying to Congress is also a big deal: “During his testimony, DeJoy was asked by Rep. Jim Cooper (D-Tenn.) if he had repaid executives for making donations to the Trump campaign. “That’s an outrageous claim, sir, and I resent it. . .The answer is no,” DeJoy responded angrily.”