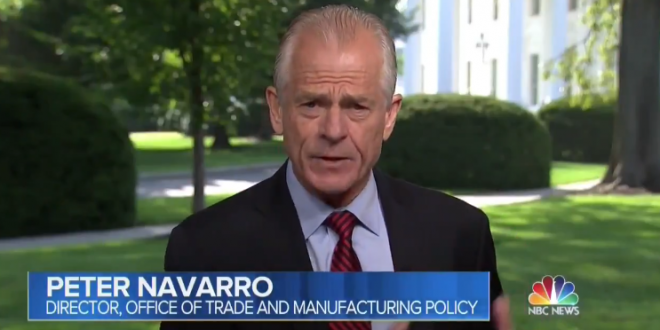 White House trade advisor Navarro gave an interview to MSNBC’s Hallie Jackson the day after the debate, and she pressed him on Trump telling the Proud Boys to “stand back and stand by” when asked to condemn racist groups.

“Why didn’t the president denounce more strongly the Proud Boys in that moment, Peter?” Jackson asked. “I think that moment for me underscored just how poor Chris Wallace did as a debate moderator,” Navarro answered.

“There’s an expression in boxing, there is a cutman in a corner. Chris Wallace functioned, essentially, as Joe Biden’s cutman and also as a second debater on the president.” Navarro went on to insist Trump was going to denounce white supremacists as per Wallace’s question, but “Wallace cut him off.”