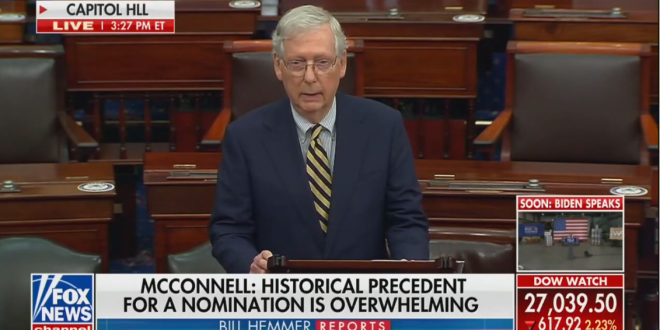 McConnell said the same individuals who “tried every conceivable dirty trick to obstruct Justice Gorsuch and Justice Kavanaugh are lining up, lining up to proclaim the third time will be the charm.”

The top Republican senator said the American people are “about to witness an astonishing parade of misrepresentations about the past, misstatements about the present, and more threats against our institutions.” McConnell claimed the Senate “has more than sufficient time to process a nomination” before the election.

Previous Romney May Reveal Position On Vacancy Tomorrow
Next Biden: Notice How Trump Keeps Away From Rally Fans