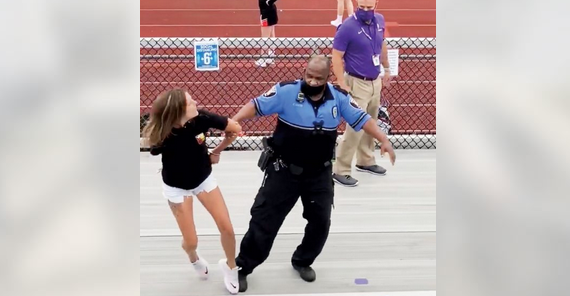 Noncompliance with state mask mandates during an eighth-grade football game at Logan and video-recorded resistance resulted in the tasing and arrest of a Marietta City Schools parent Wednesday.

Logan Athletic Director Theresa Schultheiss confirmed the incident publicly shared via two social media videos online Wednesday. Schultheiss said the venue hosted 300 fans for the game Wednesday, with only two individuals, the alleged mother and grandmother in the videos, who were “having issues with compliance.”

“This rule has been in effect since we were told we could play,” said Schultheiss. “Everyone that came through ticketing tonight was reminded, we had regular announcements over the PA reminding you that mouths and noses needed to be covered and we had signs at the bathrooms.”