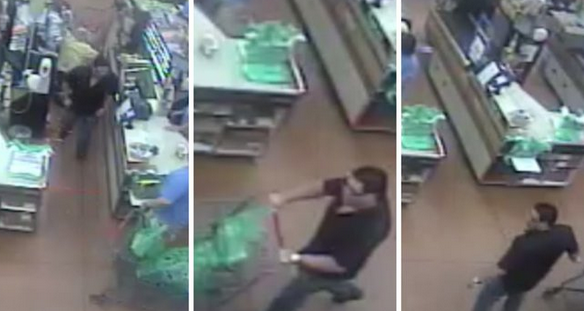 Police spoke to the victim who said that he noticed the man was not wearing a mask and asked him why. “The victim stated that he then said that you have to wear a mask,” the police report states.

Two cashiers who witnessed the incident told officers that the offender “freaked out” and then pulled out a gun and pointed it at the victim’s head. According to the police report, the man put the gun back in his pocket and hit the victim four to five times in the head and then took off without paying for items from the store.