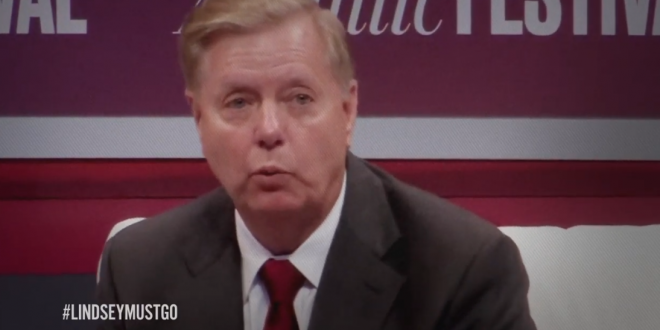 It falls to Sen. Lindsey Graham, as committee chairman, to vet Trump’s pick to replace the late Justice Ruth Bader Ginsburg and manage the spectacle of televised hearings on the nomination.

It’s one of the most volatile tasks in all of politics, more so now with a pandemic raging, a country on edge, and the ideological tilt of the high court in the balance, perhaps for a generation. And, Graham has Jaime Harrison to worry about.

Harrison hopes to use the shifting Supreme Court stance against Graham, as does a pro-Harrison political action committee which, along with The Lincoln Project, is up with a $1 million ad buy aiming to use Graham’s own 2018 pledge to oppose future election-year confirmations to the court.

Previous GOP Rep Grandstands On Delaying SCOTUS Expansion
Next Trump: Vaccine Is Coming “Within A Matter Of Weeks”