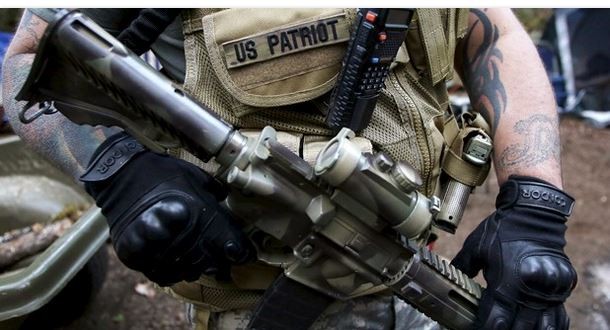 Leaked chat logs show Portland-area pro-Trump activists planning and training for violence, sourcing arms and ammunition and even suggesting political assassinations ahead of a series of contentious rallies in the Oregon city, including one scheduled for this weekend.

The chats on the GroupMe app, shared with the Guardian by the antifascist group Eugene Antifa, show conversations between Oregon members of the Patriots Coalition growing more extreme as they discuss armed confrontations with leftwing Portland activists, and consume a steady diet of online disinformation about protests and wildfires.

At times, rightwing activists discuss acts of violence at recent, contentious protests, which in some cases they were recorded carrying out. At one point, David Willis, a felon currently being sued for his alleged role in an earlier episode of political violence, joins a discussion about the use of paintballs.