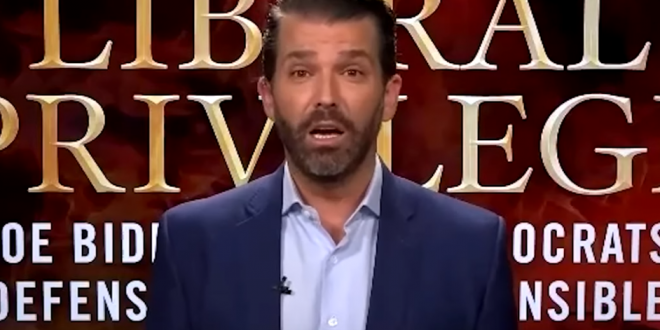 Junior On Kenosha Killer: We All Do Stupid Things At 17

When asked in an interview with the TV show Extra about the deadly shootings in Kenosha in which 17-year-old Kyle Rittenhouse has been accused of killing two protesters and wounding a third, Donald Trump Jr. said, “we’re waiting for due process,” and he lamented the tragedy of a “young kid” putting himself in a volatile situation while armed with a deadly weapon, saying, “We all do stupid things at 17.”

When host Rachel Lindsay responded “It’s a little beyond stupid,” Trump replied, “Really stupid — fine. But we all have to let due process play out and let due process take its course.” Rittenhouse, who is charged with two counts of homicide and a count of attempted homicide, has gathered significant support from the right; he has received $478,041 in donations on the Christian crowdfunding site GiveSendGo.com.