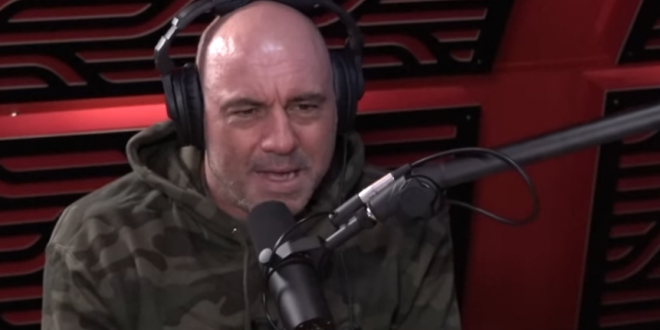 Podcast host Joe Rogan issued an apology on Friday afternoon, after he spread a debunked report about forest fires being started in Oregon by “left-wing people.” The host of The Joe Rogan Experience made his initial comments about the false conspiracy theory, which gained traction on social media, Thursday — claiming that in Oregon “they’ve arrested left-wing people for lighting these forest fires.” On Friday afternoon Rogan issued an apology on Twitter.

Rogan has not apologized for his frequent attacks on trans people, about whom he and a guest this week wondered if their increased visibility is a sign of “the end of America.” Rogan’s $100 million Spotify deal recently launched but missing from the archives are his interviews with Alex Jones and other extremists that Rogan has given voice to.

I fucked up on the podcast with Douglas Murray and said that people got arrested lighting fires in Portland. That turns out to not be true. I was very irresponsible not looking into it before I repeated it. I read one story about a guy getting arrested for lighting fires…

…turned out to be true, but the other shit I read about people getting arrested for lighting fires in Portland was not true. I repeated it without looking into it and it was a really fucking stupid mistake that won’t happen again.
I’m sorry.

I hope Joe Rogan will agree to host a debate with President Trump and Vice President Biden. It would be both more entertaining and more educational than the stuffy, self important traditional debates.

Why not a four hour Congressional hearing over his COVID-19 lies, and the loss of 200,000 lives?

Hillary did 11 hours for 4 lives.#TrumpHidTheTruth