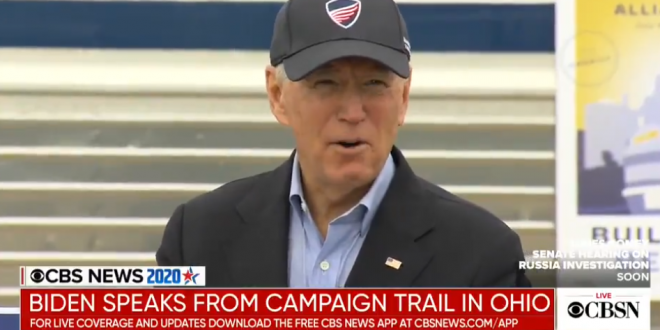 U.S. Democratic presidential nominee Joe Biden on Wednesday said the American people would not stand by if President Donald Trump loses the election and refuses to step down, one day after the Trump again refused to say whether he would accepts the results of the Nov. 3 election.

“The president will step down. The American people will not stand for it. No agency would stand for that happening,” Biden, said at a campaign stop in Ohio.

He also denounced a right wing group that Trump declined to condemn in Tuesday night’s debate, saying: “My message to the Proud Boys and every other white supremacist group is: cease and desist.”

Jumping off Trump’s “stand back and stand by” debate comment, Biden says his message to the Proud Boys and other white supremacist groups is “Cease and desist” https://t.co/Nj065CIsxp pic.twitter.com/QZ1KMixQSU