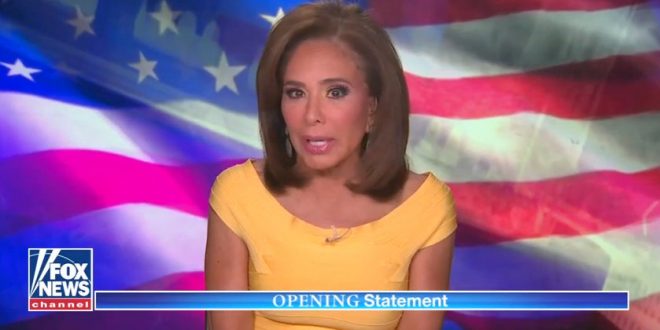 Jeanine Pirro Is “Tired Of The Lies” About Hair Furor

“Don’t lie to me! I am tired of lies. The absurdity of the claim that President Trump, even the Donald Trump I knew before he was president, would call fallen soldiers losers and suckers is absurd,” Pirro declared Saturday night during her opening monologue.