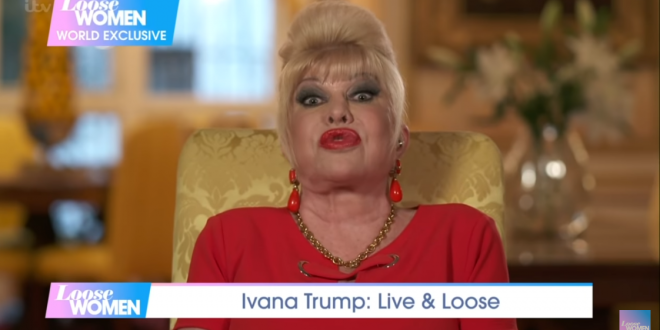 The former wife of Donald Trump appeared on British daytime panel show Loose Women today (September 14) where she gave a wide-ranging interview about the president, their daughter Ivanka, immigration and Melania Trump. Asked if she thinks daughter Ivanka could be president, Ivana responded: “Definitely.”

She added: “I think she’s in the White House every day, she’s next to her father every day, she knows all that is going around… I think she could be one day the first woman president, definitely. She’s smart as hell, she’s beautiful.”

President Trump’s first wife Ivana Trump — who was married to the then-New York real estate developer for nearly 15 years before they divorced in 1991 — was asked about his current spouse during a Monday interview on the British talk show “Loose Women.”

“Do you think she’s doing a good job as first lady? She gets quite a lot of positive publicity,” the hosts asked. “I am not sure. She’s very quiet, and she really doesn’t go to too many places. She goes to stuff when she has to go,” replied Ivana Trump, 71.

Asked if she has any relationship or friendship with the president’s third wife, Ivana Trump replied, “No, I speak directly to Mr. President, and I don’t get involved with the ex-wives and his private life.”