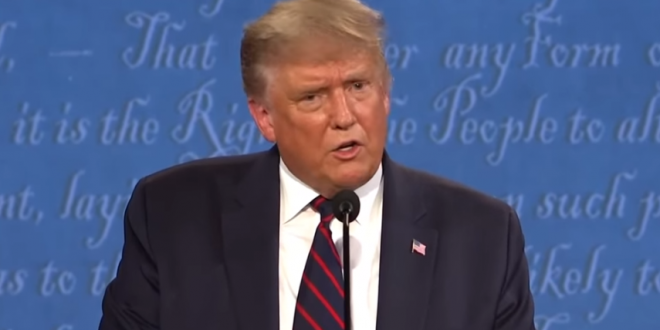 Insane Lie: I Made Insulin “So Cheap It’s Like Water”

Not only has he lowered drug prices, President Trump claimed in the first 15 minutes of Tuesday’s debate — but he has helped lower the price of insulin, specifically, so that it is so cheap that it’s “like water.” In reality, insulin still retails for roughly $300 a vial.

Most patients with diabetes need two to three vials per month, and some can require much more. The early bluster from Trump on drug pricing is the latest sign that the president will campaign hard on his efforts to lower prescription drugs.

In recent months, Trump has launched a digital ad onslaught that attempts to frame Joe Biden as the much-maligned drug industry’s preferred candidate. Trump brought up the issue in response to a question about his plan to replace the Affordable Care Act, which he has often touted in recent speeches but has almost no specifics.

People are dying in this country from rationing insulin or not being able to afford it at all.

Trump said insulin is as cheap as water and that’s all good and nice but my pharmacy makes a strong counteroffer of $11,000 a year