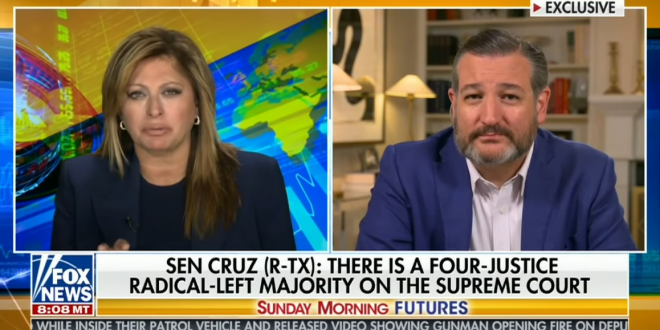 Sen. Ted Cruz (R-Texas) said Sunday that he wouldn’t accept a Supreme Court nomination after President Trump included his name on a list of potential nominees.

The Texas senator told Fox News’s “Sunday Morning Futures” that he would not be interested in joining the Supreme Court as a Trump nominee. “It is deeply honoring,” he told Maria Bartiromo when she asked if he wanted the job. “It’s humbling to be included in the list. I’m grateful that the president has that confidence in me.”

“But it’s not the desire of my heart,” he added. “I want to be in the political fight. I want to be fighting to nominate and confirm three, four, five principled constitutionalist justices.”

Previous Pfizer: We’ll Know About Our Vax By End Of October
Next Trump Invents Another Nonexistent Award For Himself