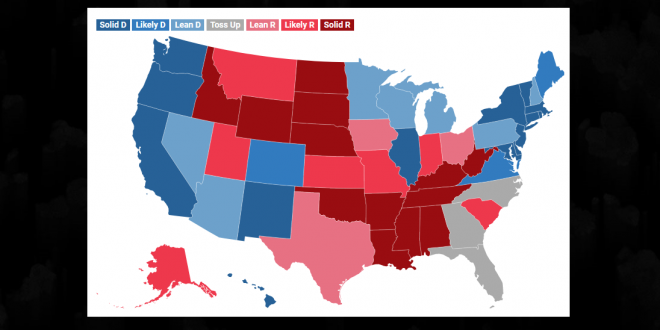 From the Cook Political Report:

Trump and Biden are essentially tied in Florida (Trump 42%, Biden’s 43%) and NC (Trump 43%, Biden 45%). However, in Arizona, Biden has opened up a more substantial lead (Biden 45%, Trump 40%). Arizona is geographically large, but its population is concentrated in Maricopa County (Phoenix).

About two-thirds of the vote comes from Maricopa. Voters there, as in other suburban areas in and around big metro areas, have soured on Pres. Trump. Biden leads Trump there by six points, 46 percent to 40 percent. In 2016, Trump carried Maricopa with almost 52 percent of the vote.

The new data in this poll, combined with other recent polling in the state, all find Arizona slipping away from Trump. We are moving it from Toss Up to Lean Democrat.

The map below is interactive at the link above. 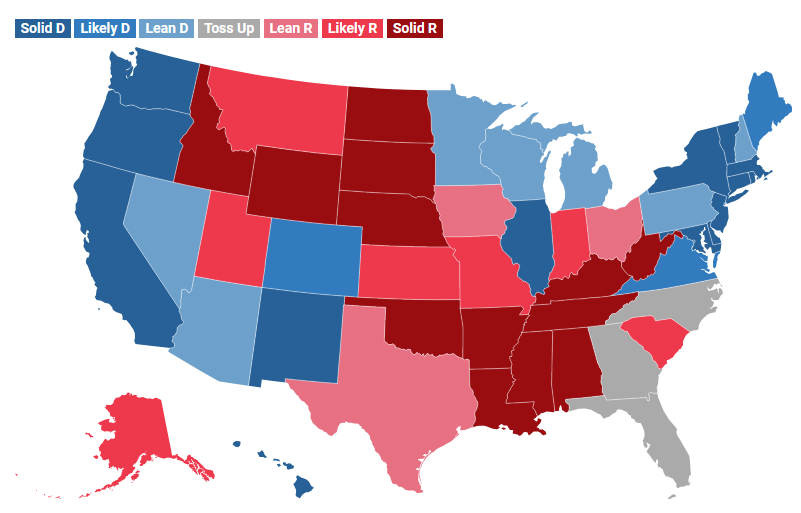