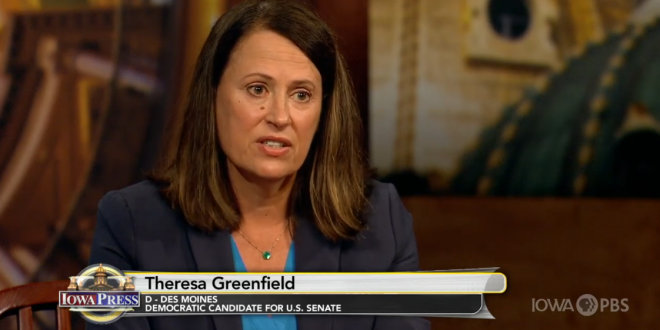 Greenfield +3 Over Ernst In Iowa US Senate Poll

Democrat Theresa Greenfield leads Republican U.S. Sen. Joni Ernst by 3 percentage points in a Senate race that appears to be among the most competitive in the country.

With just over six weeks to Election Day, the new Des Moines Register/Mediacom Iowa Poll shows Greenfield leading 45% to 42% among likely voters. Another 3% say they would vote for someone else, 2% say they would not vote in the race and 7% are unsure.

Despite heavy campaigning and millions spent on television ads, the results are largely unchanged since June, when Greenfield led Ernst 46% to 43%.

Previous Fox News Host: If The “Democrat Mob” Isn’t Crushed At The Voting Booth, They Will Be “Crushed Otherwise”
Next LIVE VIDEO: Biden Speaks On Supreme Court Vacancy