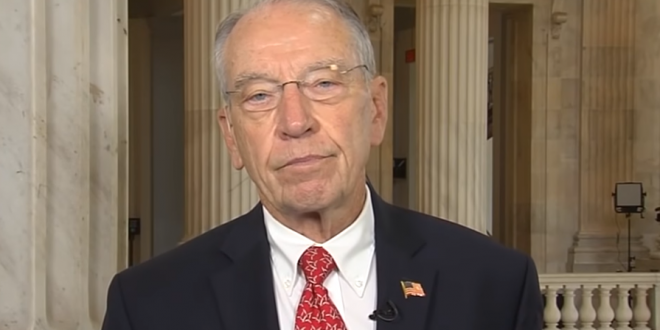 U.S. Sen. Chuck Grassley said Monday that he will not oppose holding hearings or taking a vote on President Donald Trump’s Supreme Court nomination if the proceedings move forward. “Over the years, and as recently as July, I’ve consistently said that taking up and evaluating a nominee in 2020 would be a decision for the current chairman of the Judiciary Committee and the Senate Majority Leader,” he said in a statement provided to the Des Moines Register.

The statement sidesteps Grassley’s past positions. In 2016 he was the face of Republican efforts to block Democratic President Barack Obama’s Supreme Court nominee, Merrick Garland. He said at the time the Senate should not confirm a nominee in a presidential election year. He has since reiterated that stance, saying in a July 2018 taping of Iowa Press that he would not support confirming a Supreme Court nominee in an election year.

Grassley told me in late July when asked if he would support filling a vacancy this year: “My position is if I were chairman of the committee, I couldn’t move forward with it.”