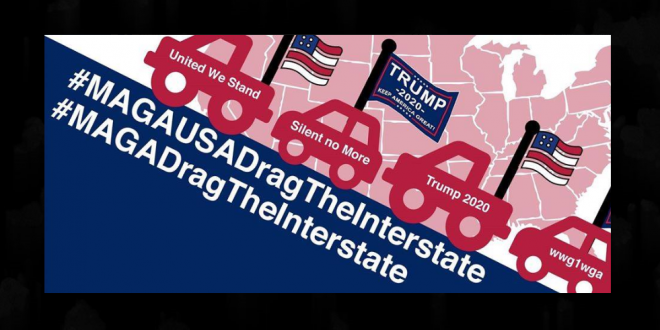 On September 5, Trump supporters nationwide are planning a “Drag the Interstate” rally in which they’ll use their vehicles to “gather together and organize into rolling flag parade caravans within their States.”

The event has been promoted with a flyer that contains the QAnon slogan “WWG1WGA” an abbreviation for “where we go one, we go all.” Republicans have been promoting events in their respective areas by using the QAnon flyer. 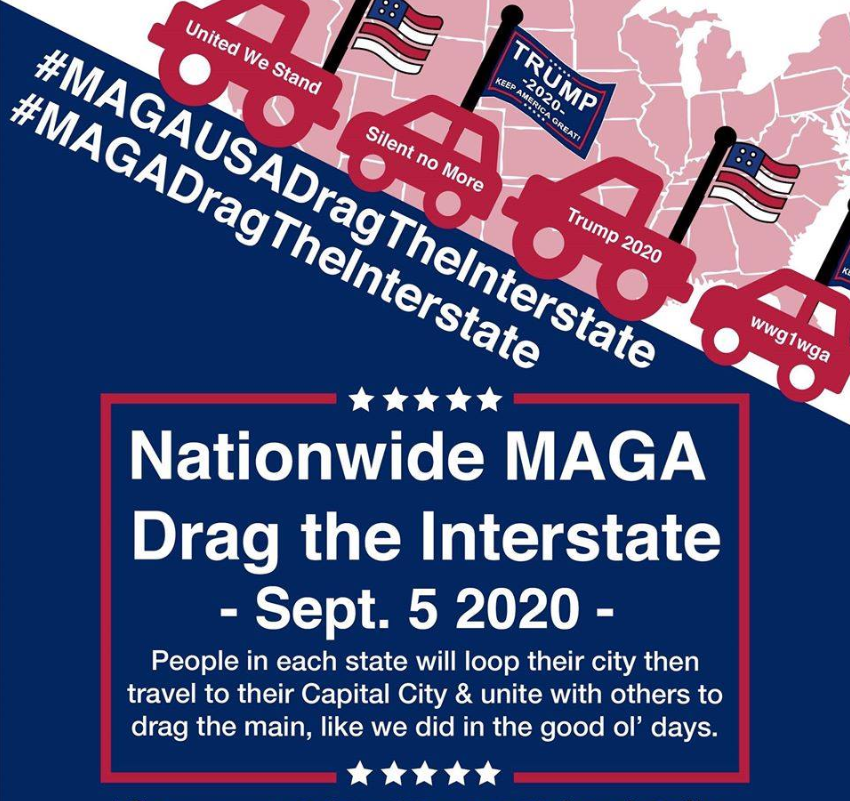